There are a bunch of new features coming to FSKneeboard / “VFR Map For VR” and an update on development and covering associated costs. Sit back, relax, and please watch the video!

I am Chris, the developer of the Mod “VFR Map For VR” for Microsoft Flight Simulator. In today’s video, I would like to give you a sneak peek at the new mod features I am currently working on and tell you a little bit about how I think I can keep up supporting and further developing the mod in the future.

But first of all, let me thank all of you guys for trying and using the mod so far. Your feedback has been incredibly valuable and I enjoy reading each and every comment that you guys post regarding my mod. And, obviously, a very special thanks to those of you who decided to support the development of my mod by buying me a coffee through a PayPal donation. You guys rock!

But now, let’s get started.

When I read your comments I noticed that most of you guys would like to see two things added: A waypoint system on the map as well as a viewer for approach charts, checklists etc. Those are the two major features I was recently working on. Please note that everything I am showing you here is work in progress and lacks a lot of functionality. But I still wanted to check in with you, get your feedback and see if I am on track! So please let me know what you think! 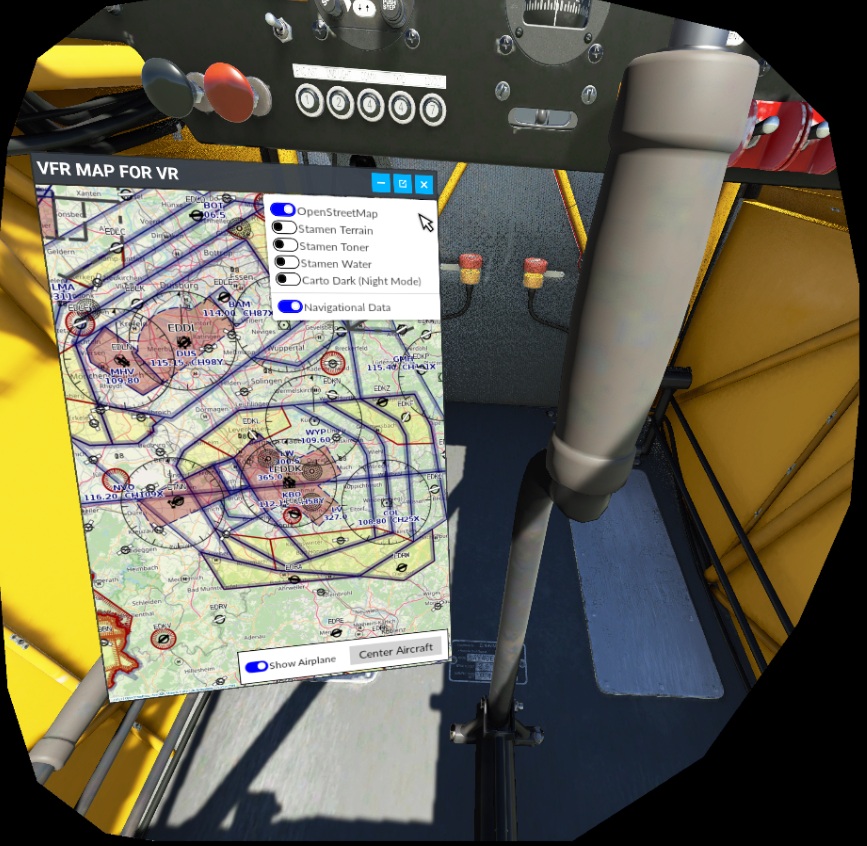 For future updates, I would love to implement the possibility to pull the waypoint data from your flight simulator ingame flight plane, as soon as it is possible to pull that data from the sim itself.

However, the manual waypoint system, as it is implemented right now, works quite well and is a nice addition to the mod. Personally, I am pretty happy with it!

The charts viewer is the second big feature that will be coming to the extension and it lives a bit outside of the map itself, hence it lives on a separate tab on your VR kneeboard. It allows you to view all the approach charts, checklists, etc. that you put in a dedicated folder on your PC, inside your VR cockpit. Please note that the version of the viewer you are seeing here is a very early alpha-stage version that isn’t much more than a proof of concept. It still lacks features like zooming and panning, but it gives you a general idea of what it may look like.

Since the browser engine that is shipped with Microsoft Flight Simulator (and that renders all this stuff inside your VR cockpit) is somewhat (or better yet a lot) limited compared to your average desktop browser (like chrome or firefox) I was unable to get a real pdf viewer running inside the sim. The approach I took instead was that this viewer renders simple images. Once you have converted your charts into png files (which you can do with many free converters that are available across the internet or even locally with free tools like GIMP) you will put them into the dedicated folder “charts” inside your vfrmap-server directory and they will appear on your kneeboard.

I am also thinking about adding a second viewer for checklists and maybe a third one for arbitrary notes as separate tabs which would make virtual cockpit management a bit easier, I think. What do you think about that?

The third feature that will be coming to the mod is a notepad that allows you to quickly take notes by simply scribbling on it with your computer mouse. I am sure that this feature will be especially useful when flying on VATSIM or the like, where a real-life pilot would constantly take notes of frequencies and other instructions on his kneeboard (or at least that’s what I did when I was flying VFR in the states back in 2008). It’s something that I am personally missing and that keeps me from flying with live ATC in VR for the time being.

In the foreseeable future, I want to add the capability to take notes on your iPad, for example, with a pen or your finger, and then have them synced into your VR space kneeboard. Plus, it should be possible to save notes for future reference…

Great, now that you are (hopefully) all excited for the upcoming features, we’ll have to talk about… well… cash! I’ve been working a lot to implement the new features that I have just shown you, and I am far from “being done” with them. Working on this mod takes a lot of time. Time that I cannot spend flying myself or working on other projects that I usually work on for a living. 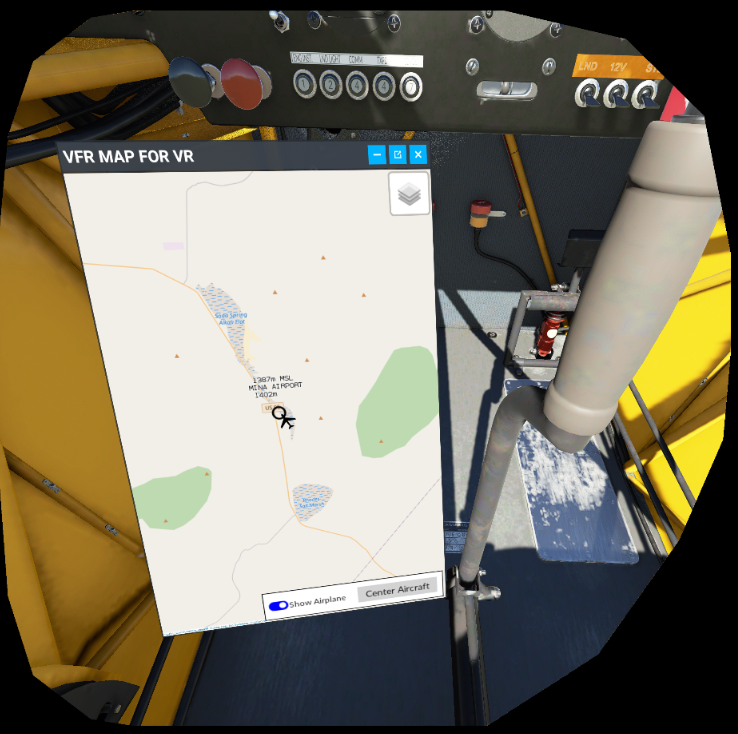 Hence, the new features that I have shown you above will not be included in the all-free version of the mod. I know that this may come as a surprise and will disappoint some of you.

However, please note that I am not taking ANYTHING away from you. The free version that exists right now will be free forever, and I will keep supporting it. It shares a common codebase with the “premium” version, and all updates and fixes that the premium map component will get in the future will also go to the free version. The free version will also remain open source, neither violating any license agreements nor your expectations…

I want to make it as fair and as convenient as possible: The way I want to go about it is to make it a single purchase (no subscription or so), plus it will be a “pay what you want” model: You decide how much the premium version of the mod is worth to you. If it is 5 bucks, that’s fine. If you decide it is worth 30 bucks, then that’s great! Something in between!? Your call! If you have sent me a donation in the past, it is obviously free for you. Plus: If you are a student or simply someone who cannot afford to pay even a dime for the premium feature, then send me an email or Facebook message and let me know about your situation. We’ll work something out! I am always happy to help!!!

I know that this may be an unpopular decision and come as a surprise to some of you. But on the other hand, I really don’t want to make any excuses here. Putting an affordable price tag (with the fairest pricing model I can think of) on a product that has been created through hours and hours of hard work isn’t a crime, and I really don’t want to feel bad about it. Building this software is a lot of fun, but it’s also a lot of work. And it gets more and more work the harder I try making it better and better.

So… Please don’t hate me! But let me know what you think of the pricing model I am suggesting. Does it sound fair to you? Or is it a no-go? I’m really interested in what you guys think about it!

Great, there you have it. I hope you enjoyed the sneak peek at the new features coming to “FSKneeboard”, as I will probably call it going forward. With the new features, the mod has grown past the initial scope of being “just a VFR map for VR usage” into a fully-fledged, well kneeboard, for VR pilots.

For the time being, it is the kneeboard that I always dreamt of and I hope it enables me to fly live ATC flights on VATSIM in the foreseeable future. Please let me know what YOU think about it: Regarding the new features, as well as the pricing model, of course. I am looking forward to hearing from you!

All the best and always three greens,